Can you believe we finish up the book of Genesis today?

This is a monumental moment in the history of YHWH’s people. Ephraim and Manasseh are fully adopted as sons of Israel, not grandsons, but sons. Not only that, but Joseph’s boys receive the blessing of Israel’s wealth that would have gone to Reuben (1 chronicles 5:1-2) and Judah is given the blessing of the firstborn right of authority.

The tribes of Judah and Ephraim will become the primary tribes of the house of Israel.

🌿Note that Ephraim and Manasseh are no longer Egyptians, but by means of adoption they are now Hebrews. You could say they are grafted into Israel 🙂 Similar to how we are grafted in to Israel through our precious Messiah.

This adoption is highly prophetic and we see this play out both in Scripture and in our own time today. More on that in a minute.

🌿And so comes to a close the life of Jacob, now Israel. Throughout the Bible, from here on out, YHWH and others will refer to our precious Father from time to time as “the God of Abraham, Isaac, and Jacob”.

There are several reasons for this but one is as a reminder of YHWH’s continuing, everlasting covenant through these patriarchs of our faith. We are called to remember their lives, how He led them, and His own character that has been revealed to us through His interactions with these three men.

🌿Remember, as we continue, that YHWH has shown Himself to be a God of Grace, Love, Mercy, and Wisdom.

As we close this chapter in the ongoing story of our Father, may we always remember that Grace began in Genesis.

And every time you hear or see “the God of Abraham, Isaac, and Jacob”, take a moment to remember YHWH’s everlasting covenant through them.

🌿Genesis 50:2 When Israel is embalmed, it is important to note that the Egyptians were experts at this because, to them, it was a sacred religious practice. However, this was not the reason for embalming Jacob. We are given a clue to this when we see that Joseph called the physicians, rather than the priests who usually did these things, to embalm his father.

What is the purpose for this? Jacob wanted his body returned to Canaan, which was a long journey. His body had to be preserved in order to be able to do that.

🌿 The embalmers generally took forty days to embalm a body and Hebrews had a custom of mourning for 30 days. Therefore we can infer that it was roughly 70 days before Israel’s children set out to return him home.

🌿On the way back the brothers got to thinking about how they no longer had their father to protect them from Joseph’s wrath and they became concerned that Joseph might finally seek revenge. Instead, we are met with a beautiful verse at the end of chapter 50:

Genesis 50:19-21 But Joseph said to them, “Don’t be afraid. Am I in the place of God? You intended to harm me, but God intended it for good to accomplish what is now being done, the saving of many lives. So then, don’t be afraid. I will provide for you and your children.” And he reassured them and spoke kindly to them.

What a beautiful way to end the first book of Scripture. Tomorrow, we begin Exodus, one of the most exciting books in the Bible in my mind. How I see it, Genesis is the beginning of our foundation, Exodus expands it, Leviticus and Numbers deepen it, and Deuteronomy reinforces it all. We will see that these foundational books are what Messiah and the disciples taught from, lived by, and quoted often. Hang onto your highlighters, we’re just getting started.

Let’s do a quick recap of the tribes of Israel:

Now, in today’s readings Joseph’s inheritance was given to his sons, Ephraim and Mannaseh and so the tribe of Joseph was replaced with the tribes of Ephraim and Mannaseh. This was honoring Joseph, rather than diminishing him in any way. He had already been well provided for by the Pharaoh.

So as of today’s readings there are actually 13 tribes of Israel but we’ll be back to 12 soon enough and as ominous as that sounds, it’s actually because one of the tribes is going to be greatly blessed in no longer being counted among this number.

Out of these twelve tribes, we will read on to see the tribe of Judah arise as the most powerful. As a result, most of the tribes ended up identifying with them and we tend to identify them that way as well. You may catch yourself thinking someone is “Jewish” in the Bible regardless of whether or not they were from the tribe of Judah specifically.

It is similar to me being from Alabama, but if I were halfway around the world speaking to someone I would just say I was an American because that is the bigger and more easily recognized connection. And in this same way of thinking we end up with folks from the tribe of Gad or Naphtali identifying as being from the tribe of Judah – because everyone knew who Judah was and they were from the same family anyway.

🌿Big news today is that members of the tribe of Judah now reside in the Promised Land (fulfilling prophecy), although all of it is not in their possession. What happened to the other tribes? Well, we’ll soon read a very special designation for the tribe of Levi and the other ten tribes are referred to as “The lost tribes of Israel”. But by and large, these other tribes reside in the diaspora, which means outside of the promised land. They are dispersed throughout the world.

However, even as I type, tribes of Native Americans and other indigenous peoples around the world are finding out, through DNA tests that they are, indeed, related to the 10 lost tribes of Israel – and some are then returning to the promised land.

I say all of this is to bring to realization that prophecy is being fulfilled in our time. We went through a long period of history in which no new prophecy was fulfilled. In fact, during this time many churches actually decided they must have read the Bible wrong and consequently changed their view of YHWH’s Word because what He plainly said would happen was taking too long in their eyes. As a result, they decided that the Father no longer held the same plan He had declared with Israel and that Israel was a figurative allegory rather than literal.

However, in 1948 all of that changed, Israel as a nation was reborn, and prophecy being fulfilled in our time was set into motion. In fact, we are seeing more and more prophecy fulfilled each day as we walk, run, or careen (depending on your view) towards the return of our Messiah.

You won’t recognize the counterfeit if you don’t know the original. 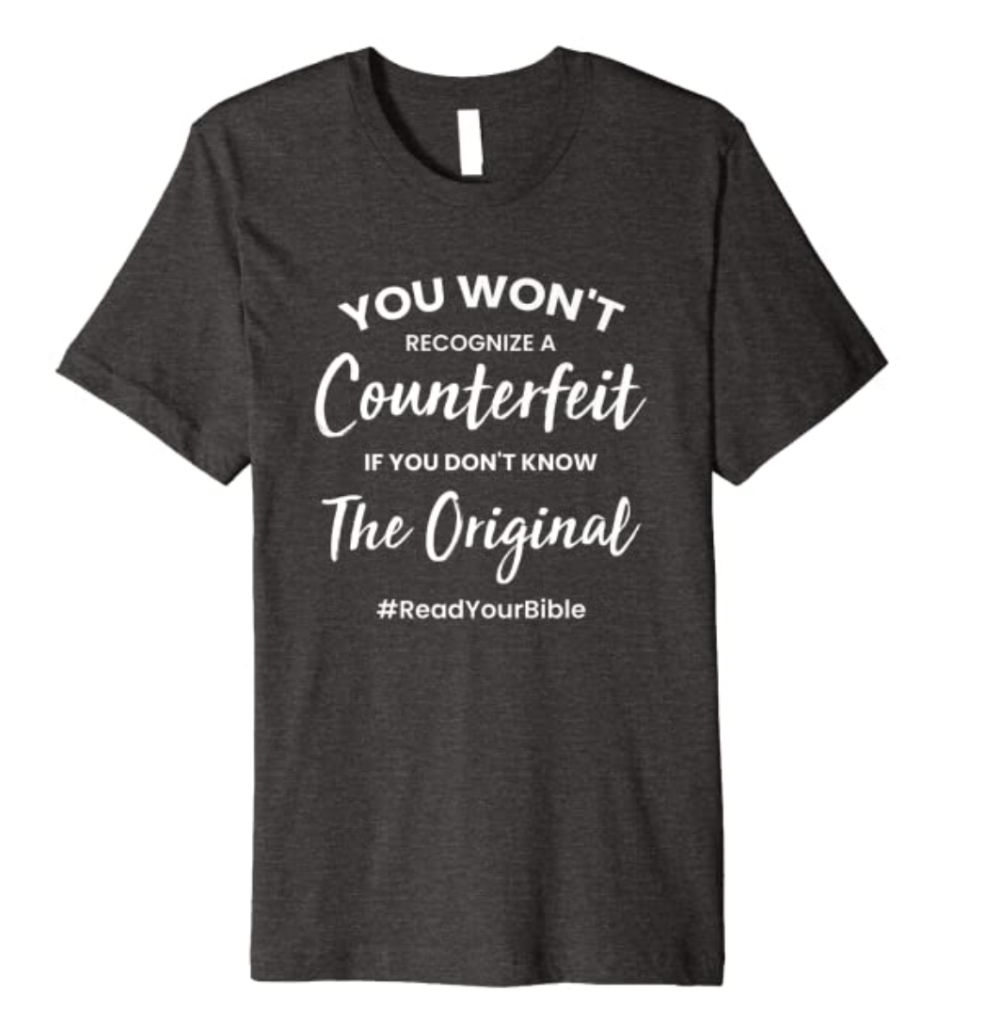 And May YHWH Bless the reading of His word!